Van de Weghe Fine Art is pleased to announce an exhibition of Frank Stella’s works on canvas from the ‘60s. Frank Stella’s contribution to the history of post-war painting is paramount and each work on view originates from a distinct and critically important series produced by Stella during the decade that would help define him as a pioneer in the field of painting. Beginning in 1958, Frank Stella produced the highly influential Black Paintings series and quickly gained notoriety for developing a groundbreaking approach to abstract painting, one that challenged the reigning popularity of Abstract Expressionism and helped propel the medium into a fresh new direction. As William S. Rubin noted in his 1970 essay for the Stella exhibition at the Museum of Modern Art: He was one of the first artists of a new generation to react against the spontaneous gesture and loose brushwork of Abstract Expressionism, proposing in its place an art that stressed control and meditative classical rationalism over and against the Romantic freedom of expressionism. Stella’s works on canvas function literally as paint on canvas, rather than as a vehicle for representation of the outside world or an interior psyche. The current exhibition brings together paintings from several major series produced by Stella during the 1960s. Highlights include, Carl Andre, 1963, an ode to his close friend and fellow artist, from the early Purple Paintings series, two large paintings from the Irregular Polygons series, Conway II, 1965, and Sunapee III, 1966, along with Untitled, 1966, an example from the double Concentric Square series, one of his most iconic bodies of work. Also on view from the Protractor series will be Protractor Variation, 1968. By challenging painting’s previously established use of line, color, scale and canvas shape, Stella created a unique visual language that he continues to develop today. Stella’s paintings are as much about their own object-ness, as what they are not: illusionistic, representational and viscerally emotional. They are straightforward paint on canvas; coolly planned and executed. Stella’s paintings from the ‘60s helped to define our understanding of what abstract painting could be and indeed helped further the medium for future generations of painters. Frank Stella currently lives and works in New York City. The gallery will host a reception Saturday, November 8, from 6:00 – 8:00 pm. Gallery hours are Tuesday-Saturday, 10 am- 6 pm, and by appointment. For further information, please contact Jen Viola at 212 929 6633 / jenn@vdwny.com 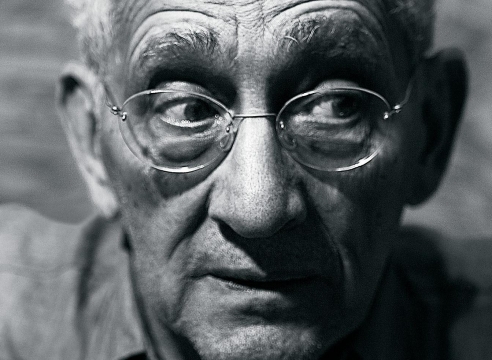